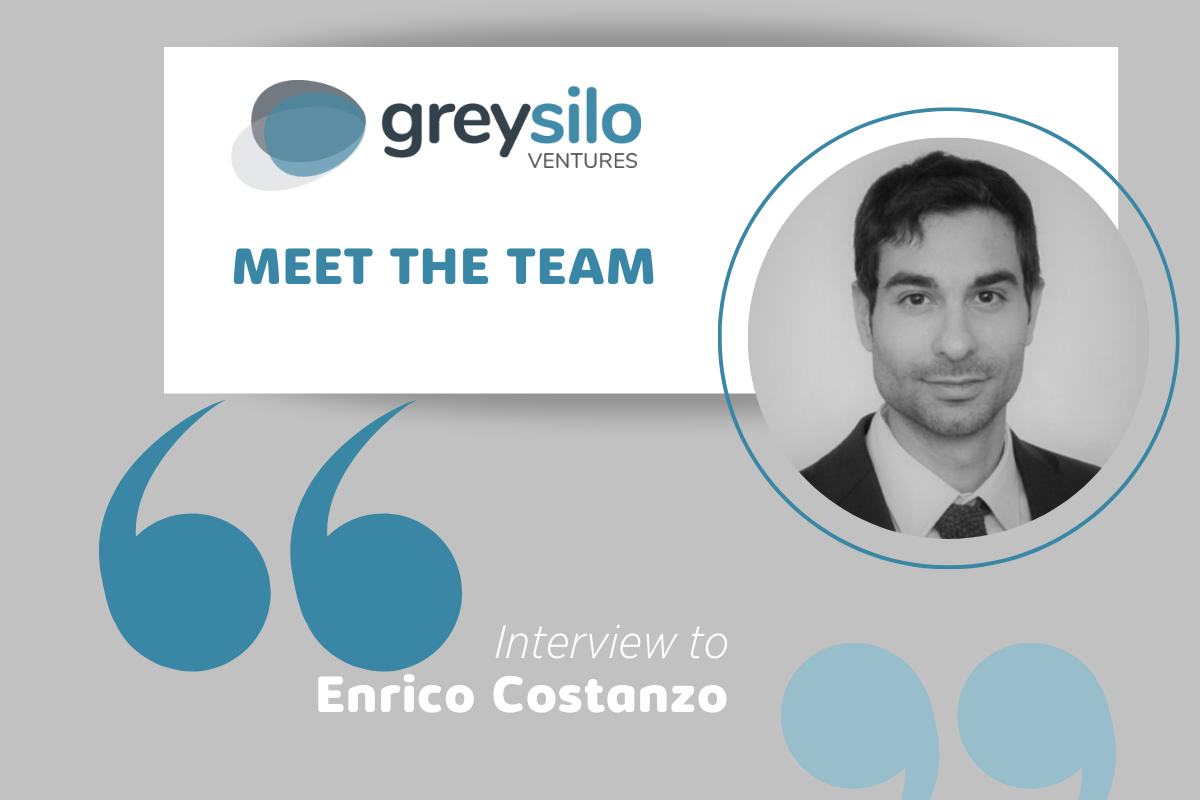 The main goal of Grey Silo Ventures is to be part of a strategic vision, connected to the development objectives of its corporation, within the framework of a project that we can sum up in the following three main points: to be involved in the innovation ecosystem with an open innovation approach, to pay great attention to training and talent development

and to make available to the founders the knowledge, experience and relationships gained by the parent company Cereal Docks Group over the years.

Enrico Costanzo, in his capacity as Head of Innovation at Cereal Docks Group, tells us how this synergy is expected to develop.

INNOVATION IN ITALY: SO MUCH UNDER-EXPLOITED POTENTIAL

What did your experience in the Innovation Lab of a large French company teach you?

First of all, I would say it taught me ‘the international spirit’, which means working together with people of different nationalities and cultures (in my group we were from about ten different nationalities). Then I would like to mention the systemic vision that works thanks to the interaction of cross-skills in different fields: designers and social science graduates on the one hand and scientists and engineers on the other. Last but not least, a value-centered approach, with the user/customer as a starting point and technical factors only at the end of the analysis.

How is the Italian situation different from the French one?

There are certainly many differences, but I would say that in France there are still many large companies, which can afford not only to have ambitious and long-term research programs, but also to nurture the entire ecosystem around them (research centers, universities, and start-ups). In this regard, Cereal Docks perfectly adheres to this vision, having created Grey Silo and also the Mantegna Campus Program, which allows students from top universities to do their thesis in our research centers.

As far as differences are concerned, in France, the collaboration based on mutual trust between the State on the one hand and companies and venture capital funds on the other plays a key role. This has led to the launch of ambitious programmes, such as FrenchTech, a program that is definitely paying well. France has gone from having only two unicorn companies (unlisted scale-ups with a valuation above $1 billion) in 2017 to as many as 24 in June this year (quote: La Tribune).

What are the strengths of Italy’s approach to innovation and what are the weaknesses?

In Italy, there are still no unicorn companies (except maybe one). Some analysts like to portray as Italian unicorns a handful of start-ups founded by Italians, with registered offices abroad. That simply shows that skills are not lacking, the right context is. Recently, only Cassa Depositi e Prestiti (one of the most prominent Italian investment banks) has begun to implement a strategy similar to FrenchTech. Among Italy’s strengths, I would say the still solid presence of a strong industrial and manufacturing system rooted in the territory, second only to Germany in Europe. There is also widespread creativity, even in small towns, which continues to flourish in various forms and be appreciated by the market.

We also have to admit that the Italian education and university system is still relatively egalitarian, capable of training young people well, and on average even superior to that of other western countries. At least this used to be the case in the past.

However, we must bear in mind that young people often do not find the conditions to stay and the percentage of graduates in Italy is among the lowest: around 28 % of the population aged 30-34, compared to 41 % of the European average. It is unfortunately a gap of more than 10 percentage points, to which demographic issues must be added. Such data must be taken into account. (quote: Orizzonte Scuola).

As Head of Innovation at Cereal Docks Group, what advice would you give to founders who want to pitch their projects?

First, be clear about your value proposition and study your market well. Explain why your product is innovative and better than others, who your target customer is, and what advantages it brings even when compared to indirect alternatives.

Second, be clear about your strategy and be realistic about the goals you want to achieve in three years. Do not present slides with 50 million annual sales in year 5, which is pointless, but rather identify who the ‘early adopters’ will be, and why; imagine already if and how the product will evolve and what derisking methods are you going to implement.

My third point refers specifically to ingredient/product start-ups in FoodTech: talk to us about scale-up through effective communication. You are not producing software. If you want to go from the laboratory to sales, you must be able to produce high quantities while maintaining high-quality standards, suitable for the food sector. Many start-ups present their lab-made prototype believing they have all it takes for industrial production. Unfortunately, this is not the case. In addition to this, there are often no businesses capable of ‘contract manufacturing’ (as, say, in the fashion industry). The ‘designed in Italy, made in China’ does not work for the food sector. This is why CAPEX for industrial plants is so important. Show us that you can handle CAPEX and we’ll bet on you.

Why companies must innovate 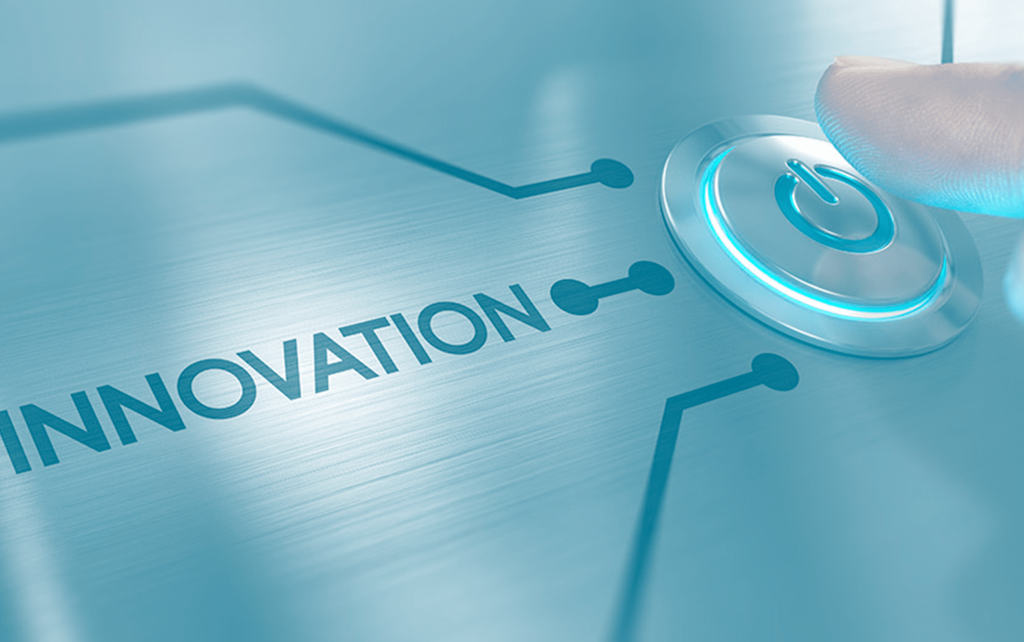 The creation of Grey Silo Ventures is a further milestone in the Cereal Docks Group’s innovation strategy, which in recent years has been implemented both inside and outside the Group through several open innovation initiatives.  How important is it today for a company to invest in innovation?

I will try to give an answer that is not exactly straightforward. Let’s start with an analogy. My background in the life sciences leads me to think of companies as living beings. Companies are similar to ‘super-organisms’, a term used to define complex organizations with separate characteristics from the sum of their parts, for example, ant hills for ants and beehives for bees. Well, if we look at the average age of companies, this has become increasingly shorter. A study by McKinsey shows that the average lifespan of companies in the S&P500 index was 61 years in 1958, whereas in 2016 the average lifespan of companies had already dropped to 18 years.

In Alice in Wonderland, when the Red Queen addresses Alice, she explains how things work in her kingdom: even to stand still you have to run, but to go somewhere you have to run at least twice as fast.This is how living organisms experience competition, the same applies to companies. Innovation is the accelerator that allows companies to reach a goal instead of running just to maintain their position. Ultimately, it is the innovation that allows companies, in the long term, not only to survive but even to grow.

As we all know, however, acceleration brings consequences. This is the reason why so many companies prefer not to follow this path, continuing to stay where they are. A risky strategy, because unless you are operating in a niche, well-protected by high barriers, the underlying trend is clear.

Cereal Docks’ Research and Innovation Department aims to move the business from the concept of ‘raw materials’ to that of ‘ingredients’. What does this evolution entail and what are the main factors that can help achieve it?

It has strong implications for a company like Cereal Docks, including cultural ones. Moving from agricultural raw materials to ‘ingredients’ does not only require technological innovations, on which we are of course working. It also requires a new approach and relationship with the customer, and this necessarily leads to organizational and human resources considerations. In other words, the closer one gets to the end consumer – the further one ‘moves up the value chain’, while remaining in the B2B sector – the more competitiveness is played out in consolidated areas such as logistics and quality, as well as in integrating ‘soft’ aspects into products, such as values and services. This means, for instance, that marketing, a discipline that studies the needs of customers/users, and communication, capable of conveying the right message, are becoming increasingly important in the transition from agricultural raw materials ‘ to ‘ingredients’. Cereal Docks transition to a benefit corporation certainly goes in this direction.

Grey Silo Ventures is the Corporate VC arm of Cereal Docks Group. With an international focus, we invest in innovative foodtech startups that want to be part of the food technology revolution.